What are User Session Replays, and why should you care? Well, have you ever been confused by a bug report that someone has logged in your web application?

It’s annoying right! The reported issue doesn’t make sense and you’re sitting there thinking, “What is this person talking about?” After minutes of contemplating the bug, you guess what the issue is, take a deep breath and then try to replicate it.

But often you can’t replicate the issue and need to go back-and-forth with the person who reported it, asking for more information. This whole process takes time out of your day. And let’s face it… there are much better things to spend your time on than fixing bugs in your web application.

If only you could be a fly on the wall when bugs and other issues occur in your web application.

Well that’s exactly what Userback’s user session replay features let you do. Userback is a great bug reporting tool and also lets you collect feature requests and general feedback from inside your web applications with a session replay. So when your users report bugs and other issues in your web application, Userback can append a replay of their session so that you get the full story behind the issue they are reporting.

No more guessing at what bug reports mean. With Userback you can instantly capture all the information that you and your developers need to replicate bugs and resolve issues faster.

Importantly though, it’s not just developers who benefit from session replays. Because session replays give you a reproduction of your user’s interactions on your site exactly how they experienced it, it’s also a powerful tool for product managers and support teams as well.

Let’s take a look at some of the best use cases for Userback’s user session replay features and how they save you time and help your whole team work more productively.

There is nothing worse than spending weeks building new features or upgrading your app for something to break and go wrong. The very nature of building software means bugs are inevitable. There is however, a difference between being able to quickly identify the how, what and why of a bug versus having no idea how to replicate and spending days trying to do so.

One of the challenges when it comes to bug fixing is how much information you have on the bug, not necessarily from a coding or technical perspective but how well you understand the environmental factors that brought the bug to the surface. Often things such as browser version, operating system, browser extensions or even a specific set of steps in the software could be all that is standing between you and resolving the issue.

Userback user session replays provide as much information about the user reporting bugs and feedback as possible such as screenshots, session information, metadata, console logs and much more. However, that only tells part of the story. What you really need from a bug reporting tool is the ability to look over your user’s shoulder when they encounter the bug.

User session replay is exactly that. It allows your developers to see bugs and other issues through the eyes of your users, dramatically reducing the time it takes to understand and replicate the issue. Every bug or feedback submitted, will automatically have a session replay attached to it meaning you’ll not only have the detailed user data, you’ll also be able to watch, and pinpoint the exact steps the user took to replicate the bug.

You’ll never again need to ask your users for more information and your developers will have more time on their hands to do what they do best. 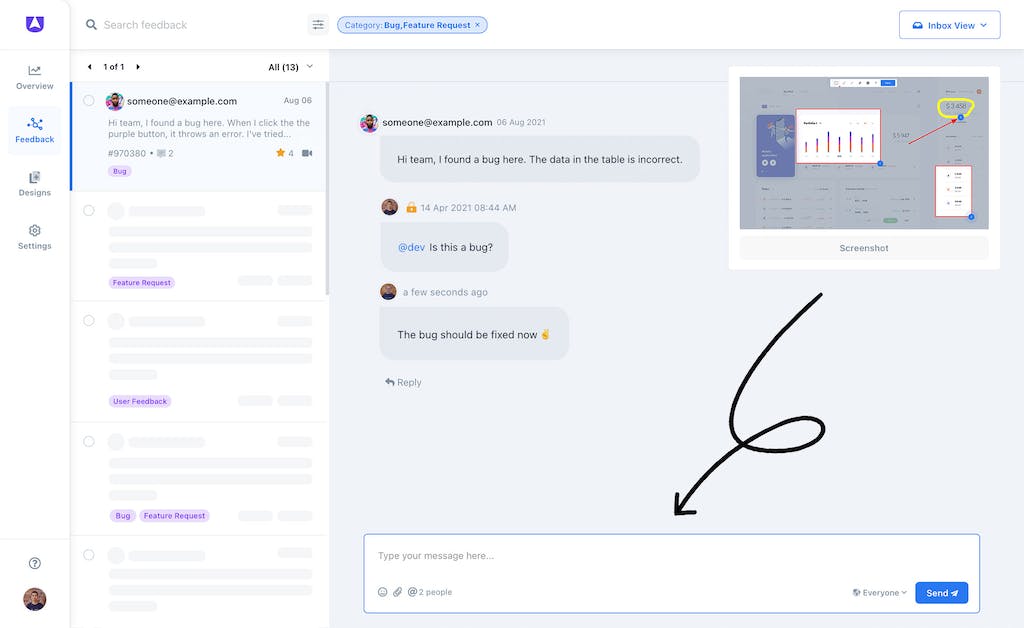 Customer support is arguably the most valuable team in any company. They’re the front line of defence, educating and helping users resolve issues, all while managing the internal conversation between quality engineers and developers. In some cases, your customer support team holds the balance of a customer churning or staying.

Customer support can be extremely challenging, and whilst you may find yourself regularly helping customers and answering their questions, all of that can be brought to a stop if you have no idea what their issue is, why or how it happened. Even harder when the customer is struggling to help answer these questions.

In the life of a support professional, it’s quite common to have multiple back-and-forth interactions with customers until they properly understand the issue. This can be further challenged by additional technical questions being requested by developers.

Getting to the root cause of an issue or at least learning enough information about the issue can be extremely time-consuming for your support team and not a great experience for your customers either.

User session replay changes all this. Imagine the next time your customer reports an issue and the response back to the customer is, “Thanks, we have everything we need to work on this issue, we’ll get back in touch when it is resolved”. You’d have one very delighted and potentially surprised customer! 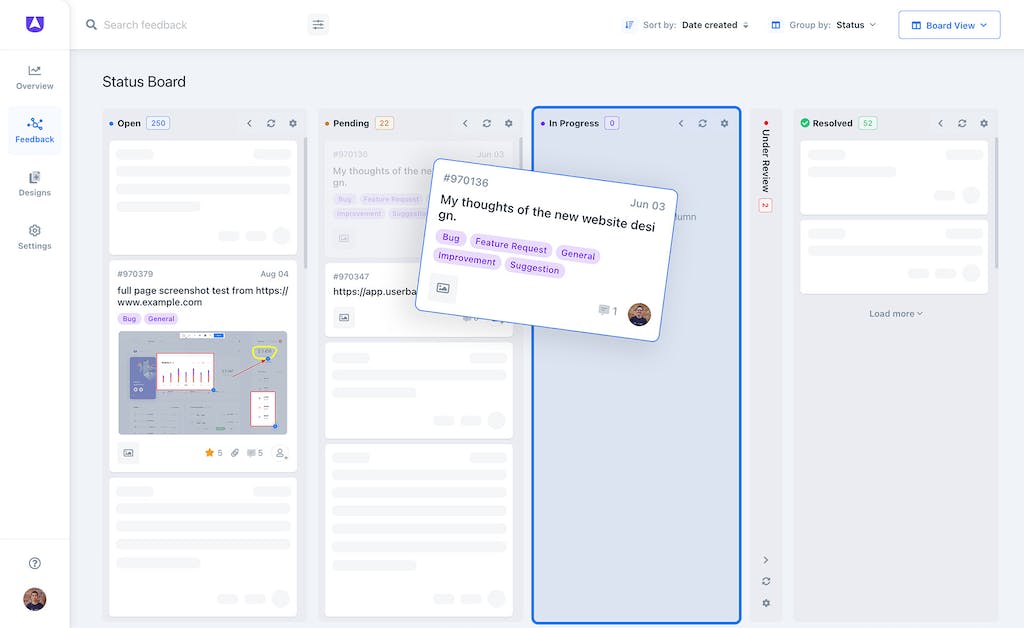 It’s great when your users give feedback on your web app and request new features. But it’s even better when you can understand the context behind their feedback.

If you’re collecting video feedback from your users, no doubt they’ll be providing a tonne of detail when describing what they’re trying to achieve with your product and that’s awesome. However, not all users have the time to describe in detail the features and improvements they would like to see.

More often than not, a user will simply submit a feature request with a small amount of detail on how the improvements will help solve some problem or make the usage of your product easier. The tipping point for this feedback is usually something that recently happened and that is followed by the user saying “I just wish I could…” and that’s the moment they start submitting their feedback.

Being able to watch a replay of your user’s session is the best way to catch that moment of gold when the user stops what they’re doing and starts describing their idea. Imagine being able to read a user’s feedback and watch exactly what they were doing before they submitted that feedback. This is like the holy grail of user insight for product managers and designers as it helps you empathize with your users by having even greater insight into their user experience which will help you make better, more informed product decisions in the future.

No more guessing how customers are interacting with your products. With user session replay you can see it for yourself!

With Userback, it’s really easy to capture a replay of your user’s session. It all happens in the background when users give you feedback and they won’t even know it’s there.

By turning user session replay on in your widget settings, you’ll be able to see issues from your website and application exactly as they happened. It’s a real time-saver for your entire team.

Not yet a Userback customer? No worries. Get started with a free account and start collecting feedback with a session replay today!

Don’t be scared of software bug tracking this Halloween

Software bug tracking raises the blood pressure of many software teams, it can seem like…